Chimichurri is a traditional Argentinean sauce made with fresh herbs, garlic, green onions, chili pepper, vinegar, lime juice and olive oil. Chimichurri always has parsley as the main herb, but you can also add other herbs. I usually add some fresh oregano and basil leaves for extra flavor. Chimichurri is most popular served with grilled steaks or as dipping sauce for empanadas. I also love to add chimichurri to sandwiches and paninis.

I made a couple of variations of these cheesy chimichurri waffle paninis. The first one has a filling of cheese, caramelized onions and bell peppers, slices of turkey, arugula, and chimichurri. For the second one, I wanted to make a vegetarian variation, so I used grilled eggplants slices instead of the turkey. You could also use grilled zucchini, mushrooms, or asparagus as a vegetarian filling option. I really like the flavor combination of eggplant with goat cheese, so I added some crumbled goat cheese. I used slices of sharp cheddar in both variations, but you can use your favorite cheese. The arugula can also be replaced with spinach, watercress or even baby kale.

Taste and adjust salt/pepper or chili powder as needed. You can also adjust the amount of vinegar and olive oil based on the acidity level that you prefer.

Refrigerate until ready to use.

To prepare the caramelized onions and bell peppers:

Heat the oil over medium heat in a large pan.

Add the sliced onions and bell peppers, stir to coat with oil. Continue cooking for about 45 minutes to 1 hour or until the onions and peppers are caramelized. Stir occasionally at first and more frequently towards the end to keep them from burning.

Remove from heat and save until ready to prepare the paninis.

To prepare the grilled eggplant:

Place the eggplant slices on paper towels and sprinkle them with salt, let them rest for about 15-20 minutes. Flip them over and repeat the process on the other side.

Pat them dry and place them in a bowl, toss them with the olive oil, balsamic vinegar, thyme, salt and pepper.

Cook them on a hot grill (or on the panini grill), until nicely grilled on each side. Save them until ready to prepare the paninis.

To prepare the waffle paninis:

Pre-heat the panini grill, you can also use a stovetop grill pan or a regular skillet if you don’t have a panini grill.

Toast the waffles as you would regularly, but on a lighter setting.

Spread some chimichurri sauce on each waffle.

Add some arugula leaves on top and then add another waffle on top to form the panini.

Close the panini grill top and grill until the cheese melts and the waffles are start to brown. If preparing them in a pan, use a spatula to press down on the top of waffle, and then gently flip it over when the cheese start to melt on the bottom and cook on the other side - pressing down with a spatula - until done.

Serve the waffle paninis immediately, if you have any leftover chimichurri sauce you can serve it with the paninis. 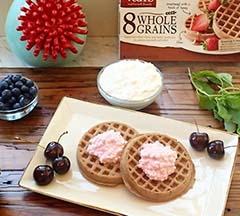 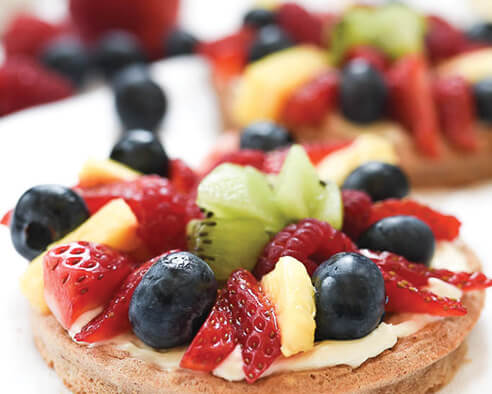 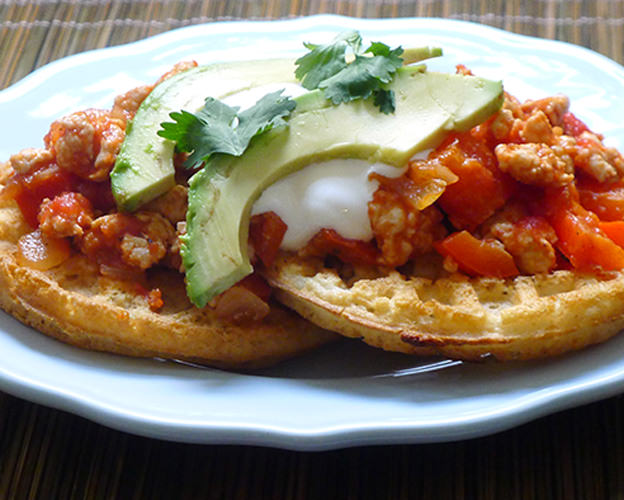 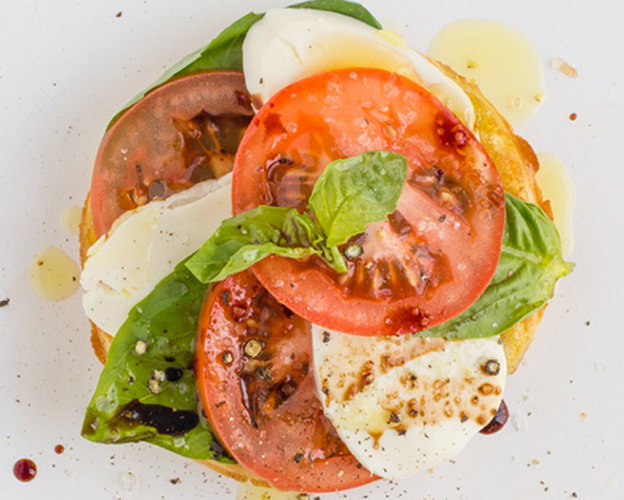 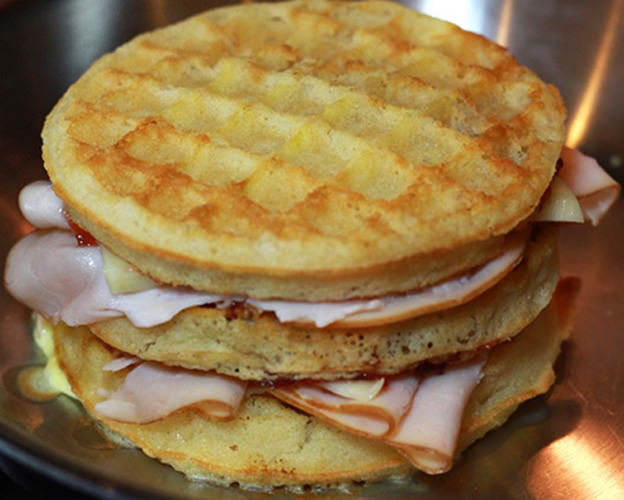 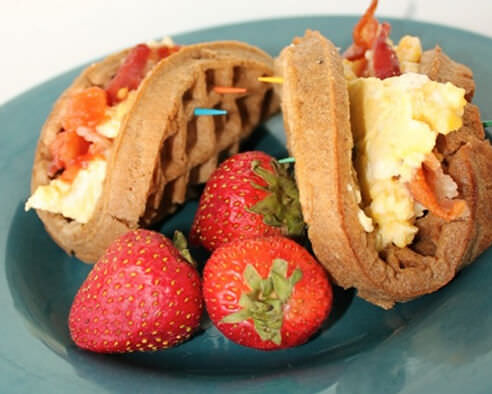